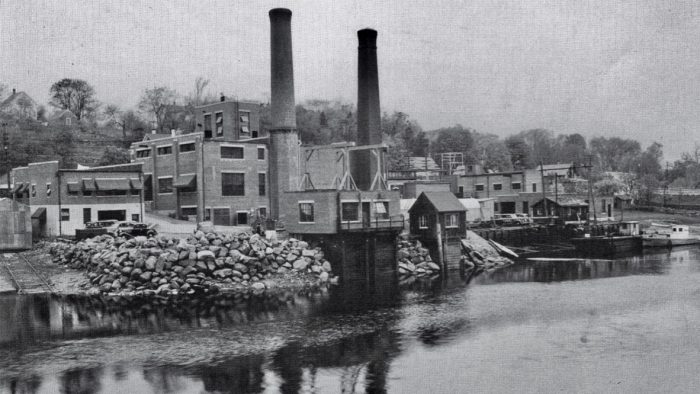 Thomas A. Watson, assistant to Alexander Graham Bell and founder of the Braintree Electric Light Department (BELD), died in 1934. I was hired 77 years later to make his story come alive. He was a maverick, an innovator, and conservationist.

The Town of Braintree acquired the vacant BELD site, which sits on the Monatiquot River, with the intent to convert the buildings into mixed-use real estate, but local residents had legitimate concerns.

Gamble Associates, an architecture and urban design firm in Boston, hired me, and together we launched a series of community outreach activities with the purpose of building consensus on the BELD Redevelopment Project.

Our first task was to help the mayor acquire a technical assistance grant from the National Parks Service to build a riverwalk on the Monatiquot.

The story goes: Alexander Graham Bell said, “Watson, come here, I need you,” the first words to be heard over a phone. According to Watson’s autobiography, however, Bell said, “Mr. Watson, come here, I want you.” Why? Bell had spilled battery acid on himself, not because he realized Watson could hear his voice through phone wires.

My research was extensive, but very little is written about Watson. Bell generally gets all of the credit, which didn’t bother Watson whatsoever.

In addition to co-launching the phone, Watson started the first kindergarten in Braintree, built a massive shipyard, and floated a building down the river. With his employees still inside.

Needing more work in our drafting rooms, we bid on two battleships for the United States Navy. We put a four-story office building on scows and floated it from East Braintree two miles down river and set it on its foundation at our Quincy Point yard without interrupting work in it.

I bought a hard copy of Exploring Life, The Autobiography of Thomas A. Watson on Etsy. For EIGHT DOLLARS.

To my surprise, he had signed it.

In 2013, the Town of Braintree gave us the green light to prepare a televised presentation for the BELD Redevelopment Project. My contribution was twofold: promote the event and present the history of Thomas A. Watson.

The link to the presentation is no longer live, but the turnout was great. I hope Watson was proud.

Our team has been awarded the contract for sale and redevelopment of the property at 44 Allen Street, Braintree, Massachusetts. I’ll be editing in Watson’s voice, obviously.